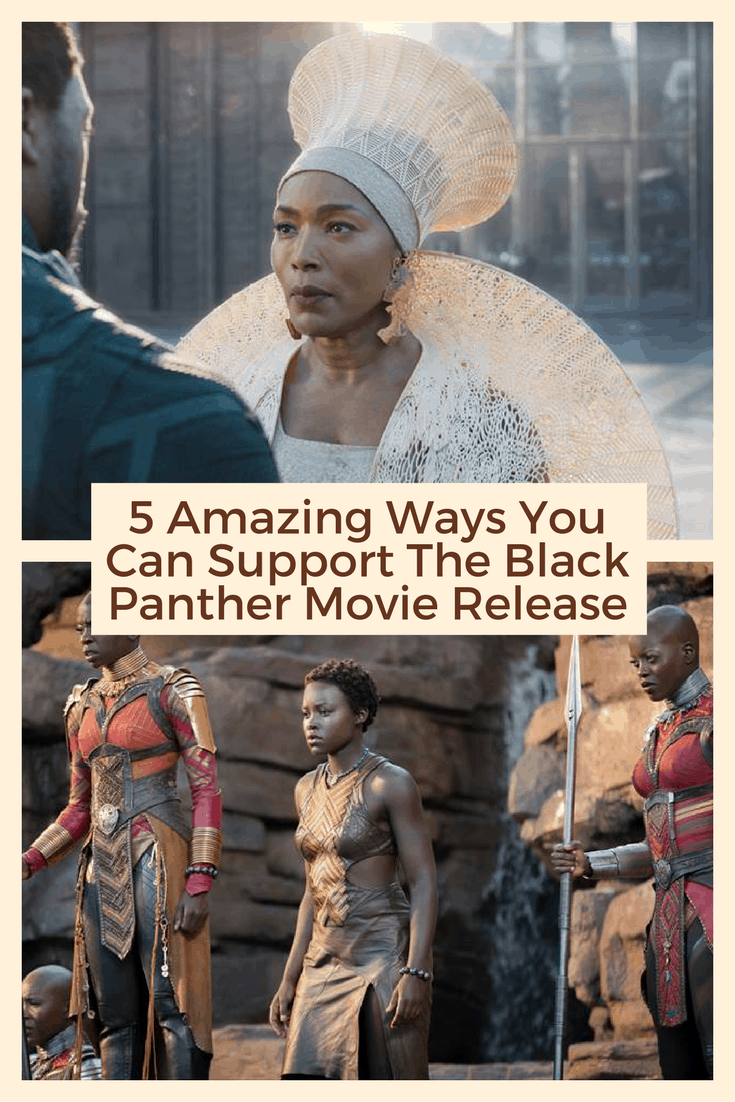 Excited is not even the word. I still remember the chill that ran down my spine when I saw the cast of the Black Panther film last year. It’s not only that the characters are african american but the caliber of actresses and actors is just incredible. As a brown girl growing up, a film like this would be life changing!

If you don’t understand the power of representation, imagine growing up never seeing a superhero who looks like you. When American Girl dolls came out I always picked Addy who had to escape slavery. But now kids have #BlackPanther’s Nakia, Shuri and Okoye. Dope on many levels.

I’m sad it took so long, but I am SO happy it’s finally here. I’ve got my tickets for Thursday the 15th and I’m so excited to see it!

“It is your time.” Get your tickets to see #BlackPanther, coming to theaters February 16: https://t.co/Nr2Hefr37C pic.twitter.com/KDNmvt94c7

Are you going to see it? Do you take the time to explain to children when great strides are made in entertainment?

A Review Of The Cirque Du Soleil Show – Mystere

What great ways to support the new Black Panther movie. I honestly can’t wait to see it here either and you just made me more excited reading your article for it now, too 🙂

As an African I’m just thrilled that some Africans were cast too. More so my fellow country woman Danai Gurira making Zimbabwe proud. I never knew the story before Captain America : Civil War

Girl I can’t wait! I will wait however until after the first week because it will be a madhouse when it comes out lol

I am sooooo excited for this movie! I’m hoping to get Thursday night tickets to see it – I should probably buy those immediately!

I’m meeting up with my best friends from college in Cleveland the weekend of the 16th and we are going to see the movie as part of our girls weekend. I already know it’s gonna be LIT!

#5 is a big one. I saw your title and thought, “Well I already bought my ticket and got a sitter so I’m doing well!” But it’s so much more than that. Scarlet usually sees MARVEL movies with us.. so I can’t wait until she can.

As a movie fan, I can’t wait to see this movie. I am gonna grab one ticket for me!

I know I’m late to this, but YES to all of it!! I made a point to explain to my son why the movie was so important. He said all his classmates were jealous that he went to see it on its first weekend. I will probably go see it again, I’m in love with Michael B Jordan.