Home about me When 4 Becomes 5 (An Announcement)

When 4 Becomes 5 (An Announcement)

I hope you had an amazing Mother’s Day! It has been a very interesting couple of months around here. You may have noticed that I have been a bit MIA around here and on socials. If you would have asked me to look into a crystal ball a year ago I would have told you with absolute certainty that I would be settling into my taper week for my 4th straight Brooklyn Half—it is of course, my favorite race of the year! As they say, the best laid plans… 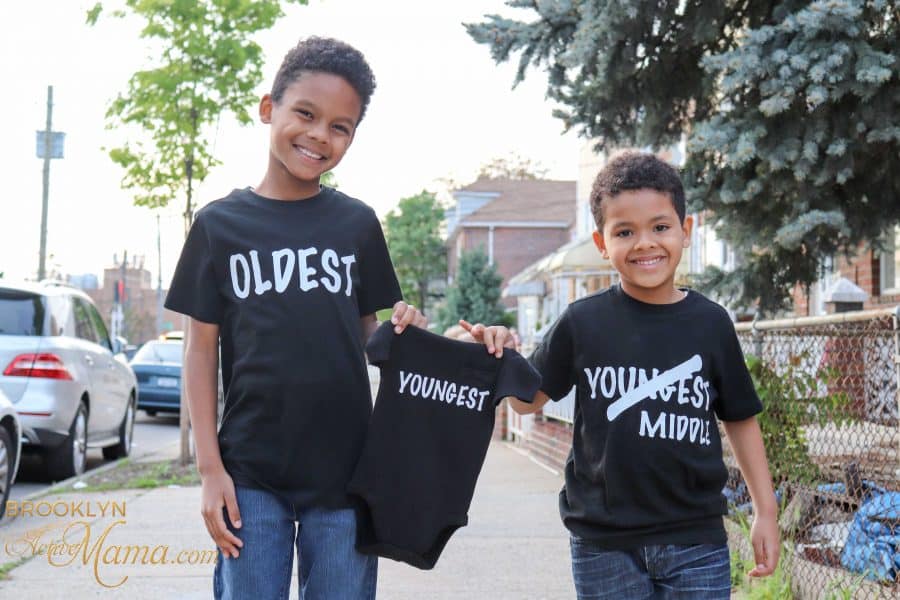 Early March I realized that my period was late. I didn’t panic at all, my period is moody—comes when she wants to, if I’m stressed she won’t even show. There had been a LOT going on the previous month—a birthday trip to Vegas, a quick trip with hubby to Atlantic City for a Mary J. Blige concert, and a 6 day trip to Disney World right after that! I was BUSY, February was INSANE. Even two weeks later when she didn’t show up I didn’t sweat it.
As you guys know I make warm lunch for my eldest child weekly. One random morning I open his stew chicken that had been made the day before to heat it up. Except when I opened it I immediately got the urge to puke. That is when the wheels started turning. I said to my husband, wow that chicken smells gross. He smelled it and he laughed, no it doesn’t “YOU’RE PREGNANT”. We both had a good laugh but the gears were still going in my head. 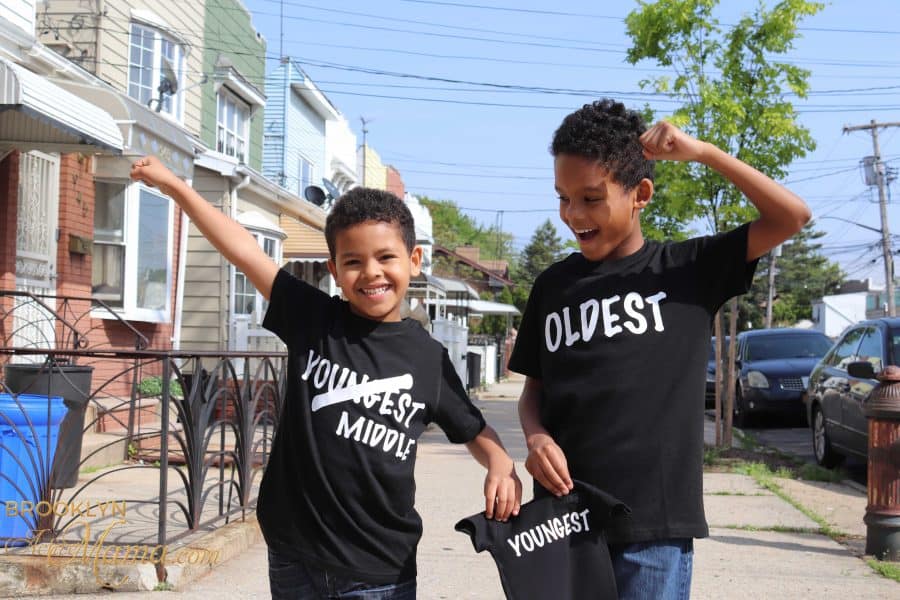 As soon as they left for the day, I ran upstairs and grabbed a pregnancy test that expired in 2012 that was catching dust in the back of my underwear drawer. It was positive, faintly positive, but positive. I literally laughed out loud (mostly in terror and shock) then ran to my nearest drug store to get one of those WORD pregnancy tests. I wasn’t taking any chances here people.

That one didn’t take any time. I am definitely pregnant.

It was the weekend in Atlantic City. It was a *cough* fun *cough* weekend. We also NEVER get away without the kids. Thanks Mary (and mom for watching the kids?!)!!
Immediately my brain was in shock. What is this three baby life? We got rid of all the baby stuff years ago! Sad that my grandma wouldn’t meet him/her. How would my husband actually react? When was I due? A BABY. I’m 35 and GERIATRIC. I’d be 40 when the baby entered kindergarten! 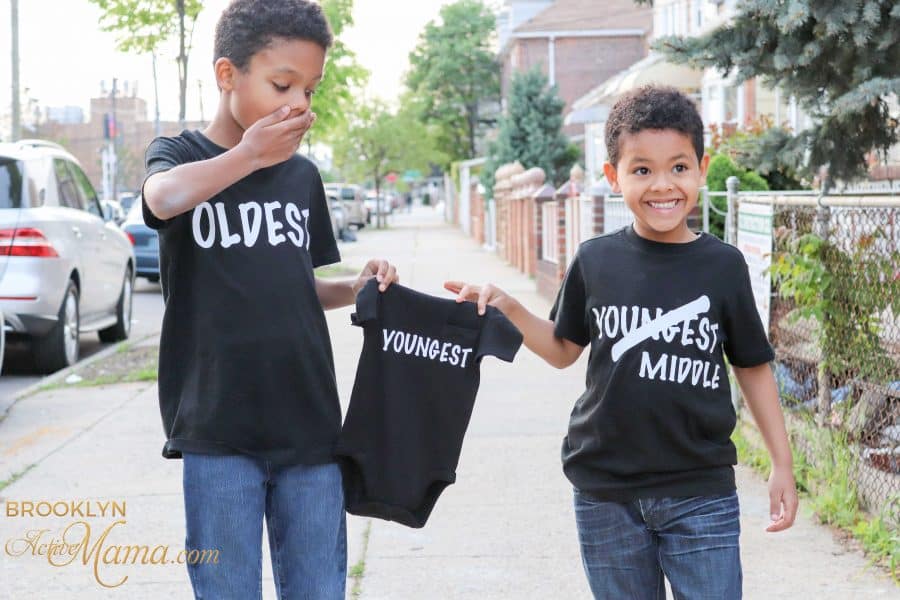 On the other side of the worry was elation. This only child has always wanted 3 kids or more. The past few years have been a whirlwind for this family with deaths, diagnoses and dramatic job changes. I thought the window was closing but it wasn’t quite there. I am SO excited to actually enjoy this pregnancy without having to work full time, commute 12 hours a week and have to answer to a boss that I don’t want to answer to. I am also very much looking forward to not dropping my child off at a daycare on their 3 month birthday…
My husband was even more excited than me, as a matter of fact he still is. He cried tears of joy (which I wasn’t ready for) and he has been giving me the best white glove treatment ever since. He has been so good about my cravings and my health. I’m super thankful for that because this first trimester……. 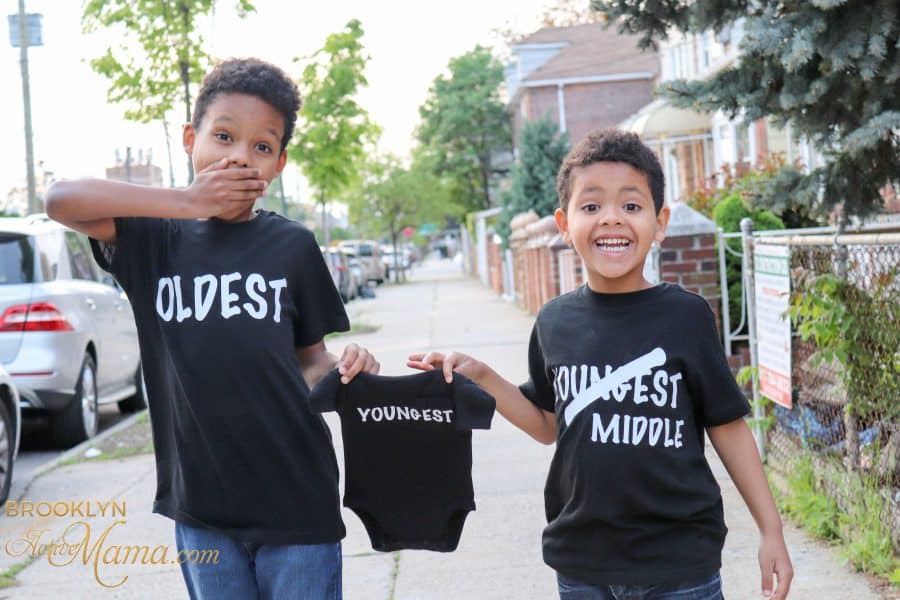 …….has kicked my entire tail. I’ve been clutching the couch for dear life for a smooth 7 weeks. Brain fog, anti-socialness, aches, consistent insomnia, and enough nausea for 6 pregnant women. It’s started to decrease by like 1% each day but man. It’s rough. (This is also an open apology to anyone that I have neglected in the past 6-8 weeks!!)
Despite all of that, I’m excited! Because this is my third go around my uterus decided to blow up immediately and told me that it doesn’t CARE when I want to tell people, and started showing like 4-5 months by 10 weeks. Clothes have become a lost cause. I’ve bought maternity clothes out the wazoo. Wrap dresses are my best friend. 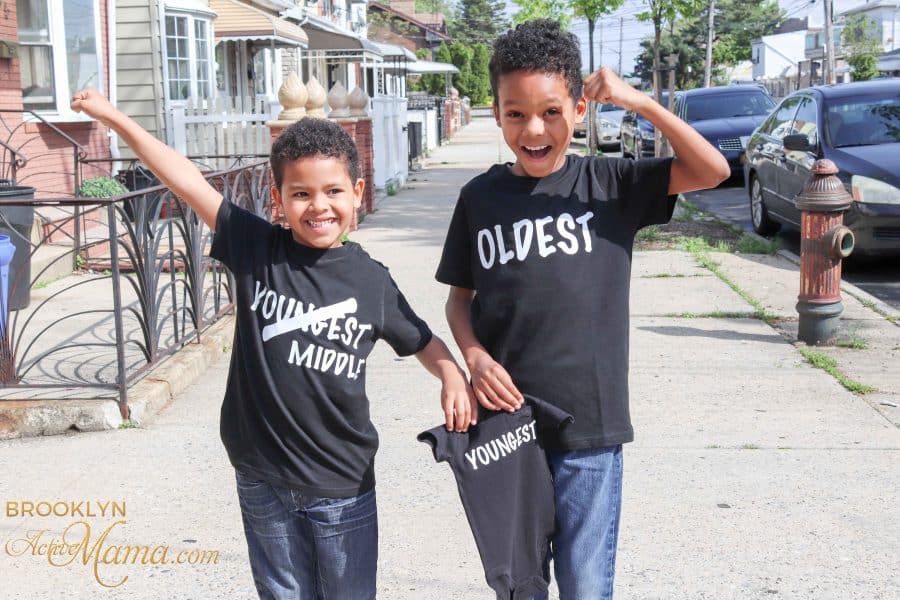 Gender reveal coming soon! If you are local to NYC be sure to tune in to GoodDay New York (FOX5) during the 9 o’clock hour on Thursday May 17th, hubby and I will be revealing the gender on LIVE TV! omg!

Yassssssss I’m so excited! Can’t wait to find out what you’re having ☺️. Sending you easy pregnancy vibes for the next couple of months! ✨✨

Yay! Proud Auntie of 3 🙂 I too shed tears of joy! So incredibly happy for you guys!

Nellie I’m so happy for you! What a great story. I can’t wait to find out what you all are having. The boys look pretty excited!! I’ll stay tuned for your tips and tricks from 2-3 cause maybe I may entertain the thought depending on how easy you make it look. Wishing you the very best girlie.

I’m soooo excited for you!!!! The boys look beyond excited. I’m going to have my friends at home tape it for me.. cause I wanna see the reveal!!!! Congrats Nelly!!! Welcome to the 3 kids life.. it’s grand! and listen.. cut the geriatric talk.. yeah I know once you are 35 you are “high risk” I had Princess J at 38.. You will be the CAYUTE mommy at Kindergarten LOL

Mazel tov! Call me crazy, but I had a feeling and kept it to myself. My third was a big surprise and while he’s sometimes very tough, we wouldn’t trade him for anything. Good luck!

Congrats!!!! You are a vet so you’re gonna handle this pregnancy with style and grace. I’ll be watching the announcement tomorrow morning.

Awwww Nellie! I’m so so so so happy for your and the family. 🙂

LIVE TV!? Boy you do nothing halfway.
I’m elated for you. This baby will be so, so loved. I can’t wait to find out if it’s a boy or girl because they’re both the perfect answer!!

This is so exciting! I’m so happy for you!!

YAY!!! Congratulations!!!! I’m SO happy and excited for you and your family!!! Enjoy every moment of this experience!?

Can’t wait to see what you are having! So excited for you. This baby will be easy they say that the third time is the charm.

Of course I’m SO happy for all of you!! As I said on Insta, you make gorgeous children so please proceed!!! And, as a woman who had TWINS at 34 I can tell you that being a little “older” is better!! Plus, this being baby number 3 will be a snap!
Love to all of you and I cannot wait to find out what it is!!

So many congratulations coming your way!! I’m so excited for you. Being outnumbered by kids is crazy, but wonderful. Big hugs and here’s hoping you feel better soon so you can enjoy the rest of the pregnancy.

WOW Congratulations Nelly!!! I’m not sure why, but I got an immediate feeling that it’ll be a girl… if that’s the case, it’ll be a new experience for your surprising blessing! And if it’s a boy, you’ll have a little clan of adorable boys. But I’ll have to wait and see.. Oh wait, May 17th you announced it publicly?! Checking your social media now to see 🙂