Hash House A Go Go at The Linq Hotel 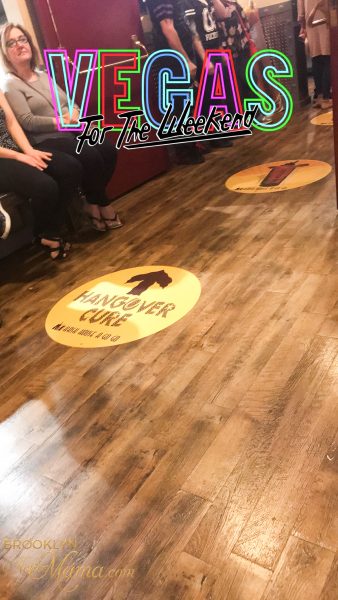 If you remember where we left off in Part one we had an insane time at Drai’s nightclub—so the next morning we took our entire time to go right downstairs to the very famous Hash A GO GO. I had heard sooo many good things about this restaurant and I couldn’t wait to try!! 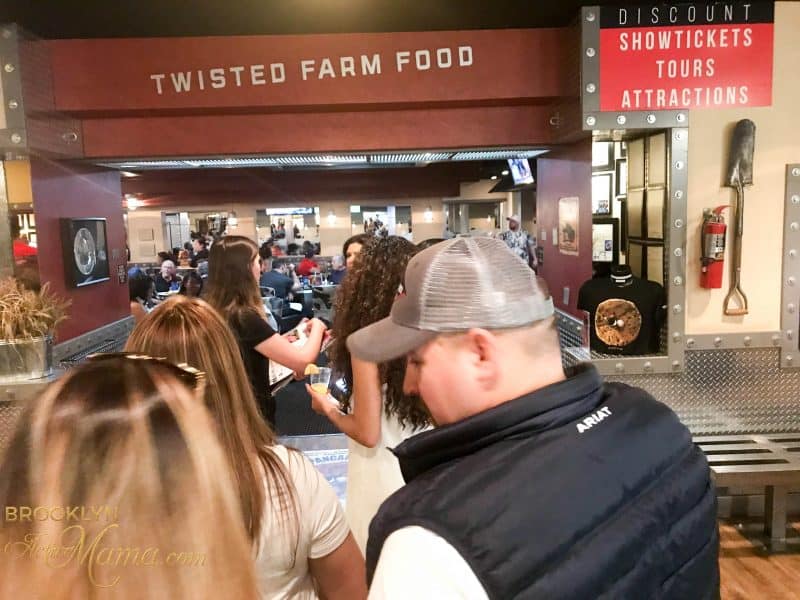 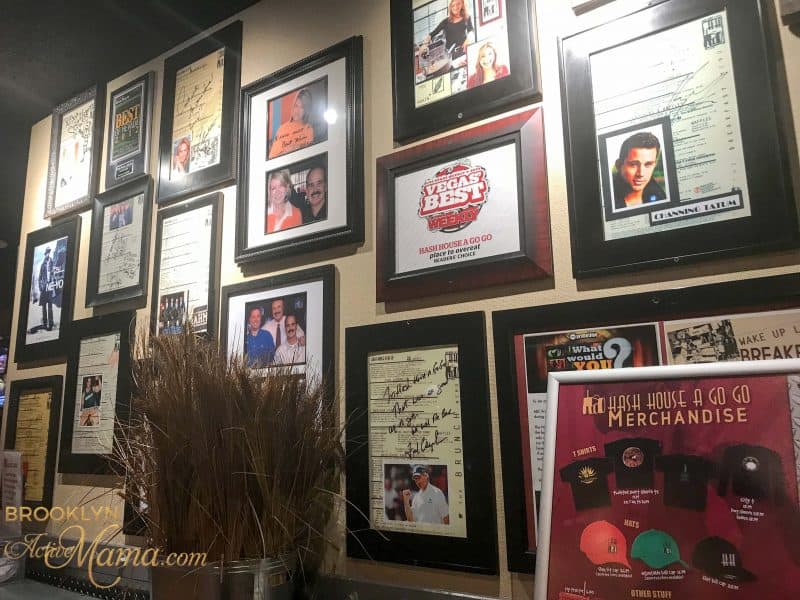 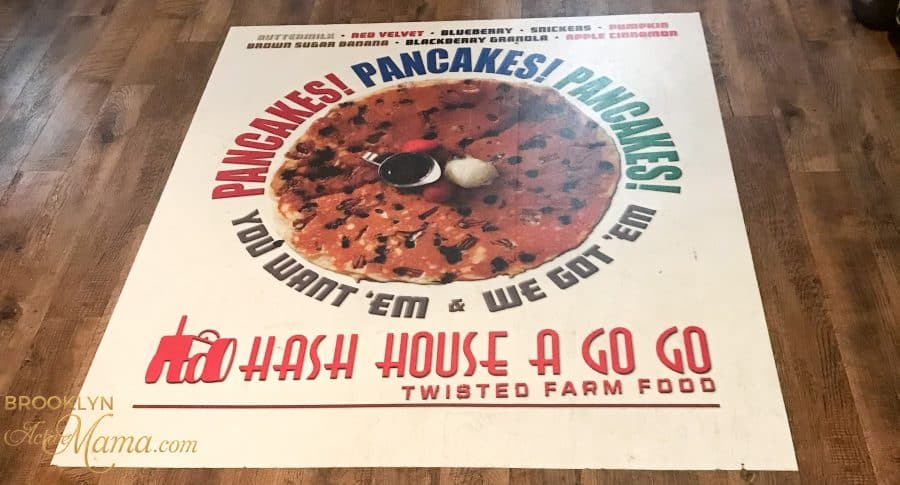 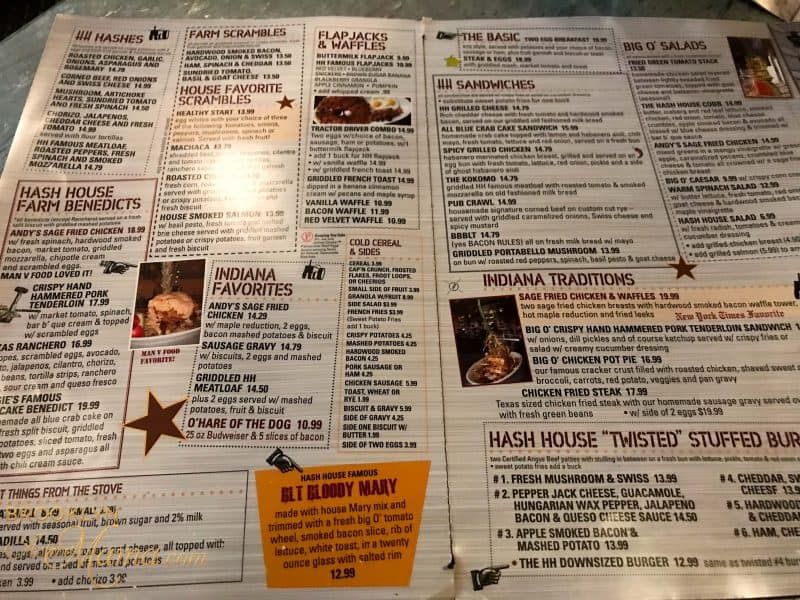 The restaurant was packed solid. When we arrived we were given a 45 minute wait time. I’m not sure if that’s how it normally is or if it was because it was Super Bowl Sunday but for such a HUGE restaurant they had a lot of folks waiting to eat. We waited patiently and finally it was time to grub! 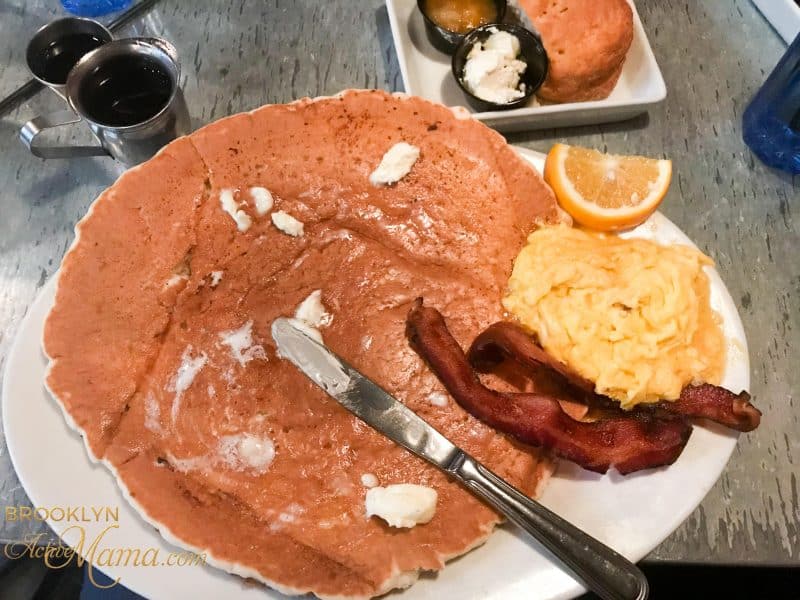 I ordered the huge buttermilk pancake just to be fun. It was actually quite tasty for being so BIG! As much as I love to watch the show Man Vs. Food—-let’s just say food won this time. The server let us know that it’s very, very rare for someone to finish but he did have an eight year old finish that plus more. Say what?! 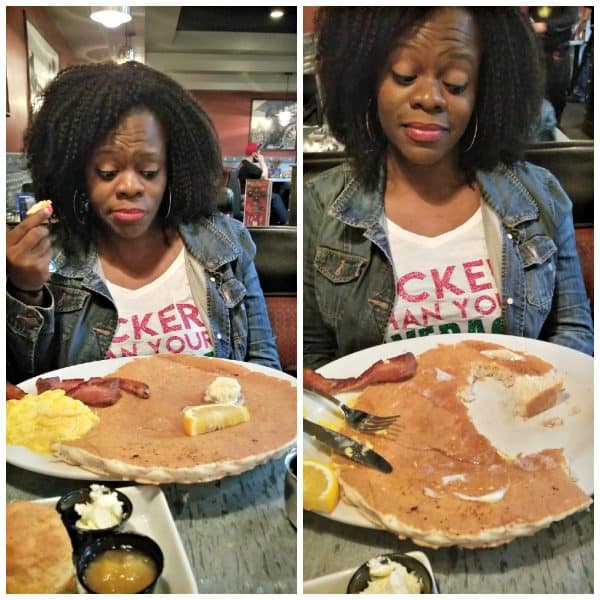 Next we went down to Fremont St to see if we could find somewhere fun to watch the big game. Unfortunately there were a lot of cover fees and food and beverage requirements that we knew we would not take the full advantage of so we decided to watch the big game in our room, it was a fantastic game so it really didn’t matter where we watched it! 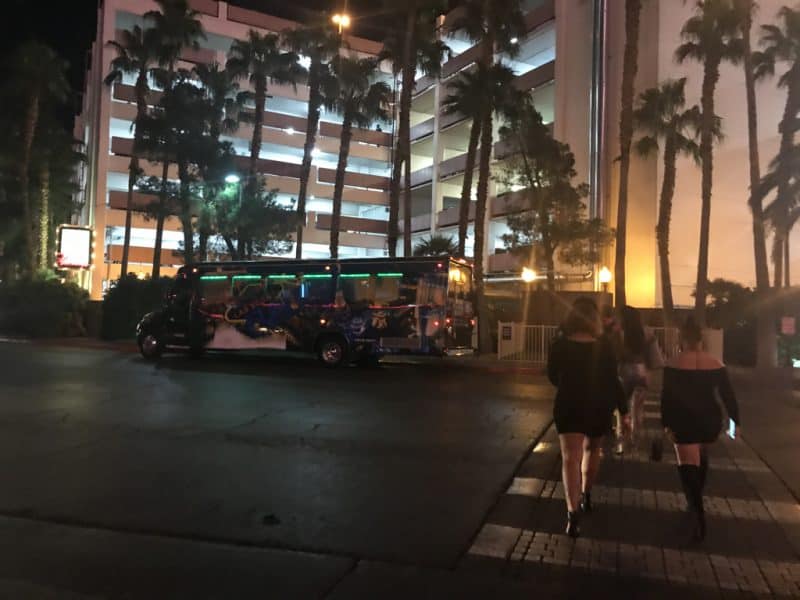 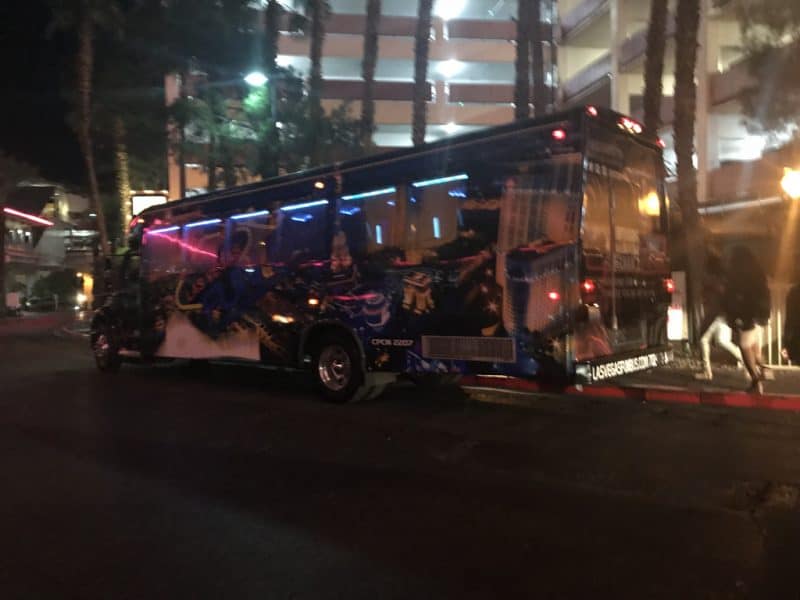 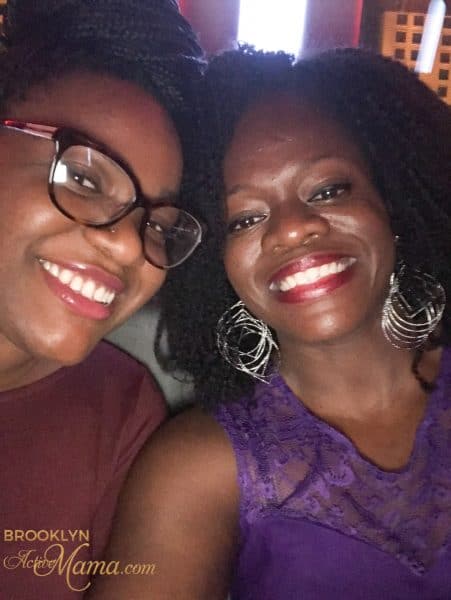 Groupon was our best friend on this trip! We found a really cool deal for a Groupon to tour some clubs in Vegas without any cover charges! 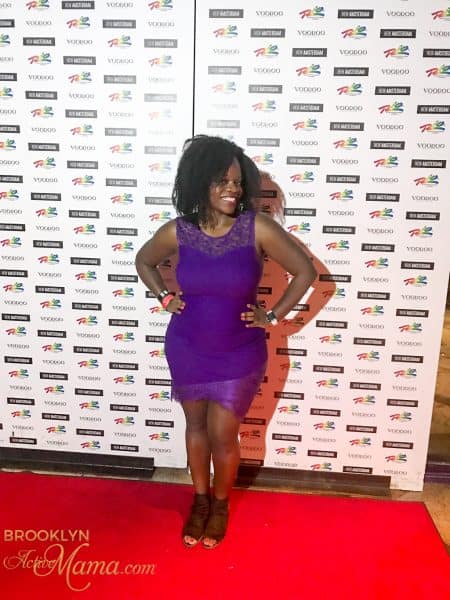 However when we got on the bus we quickly realized that we were the OLDEST by far. We were hanging with a ton of 20 year olds and at first it was awkward but we all got to know each other really quickly. It was a good crew and we ended up having a blast. The actual venues we visited were pretty dead but we made our own fun—quite honestly nothing else compares to Drai’s. 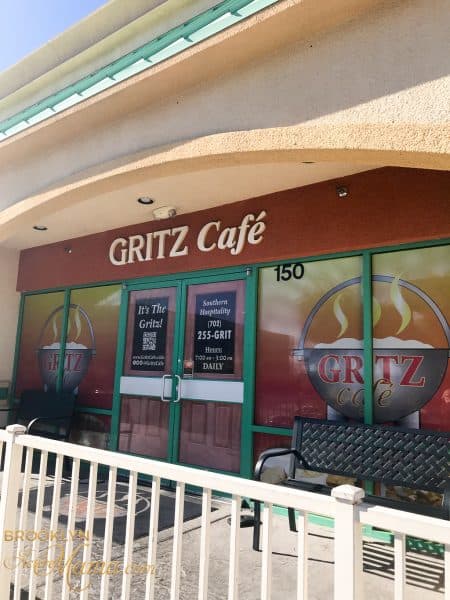 I had heard about this restaurant through my favorite travel group so I decided to give it a try. It’s pretty close to the famous outlets and really (really) small. I don’t think there were more than 8 tables in the spot. 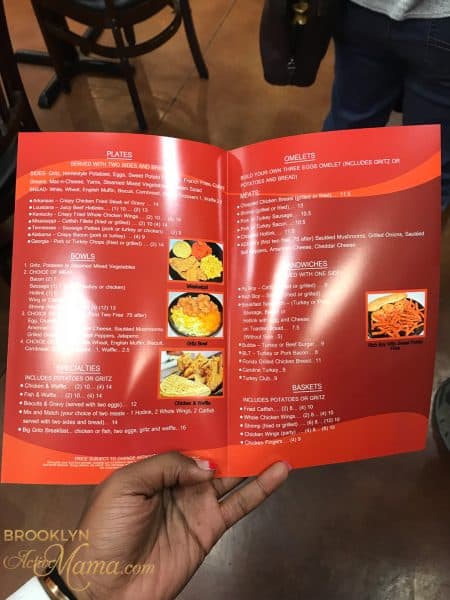 I didn’t get anything crazy, eggs bacon and potatoes. I wasn’t super impressed with the food, the fries were so  seasoned and salty that I could only get through a few. Cousin said that her meal wasn’t the best either but oh well. We tried! 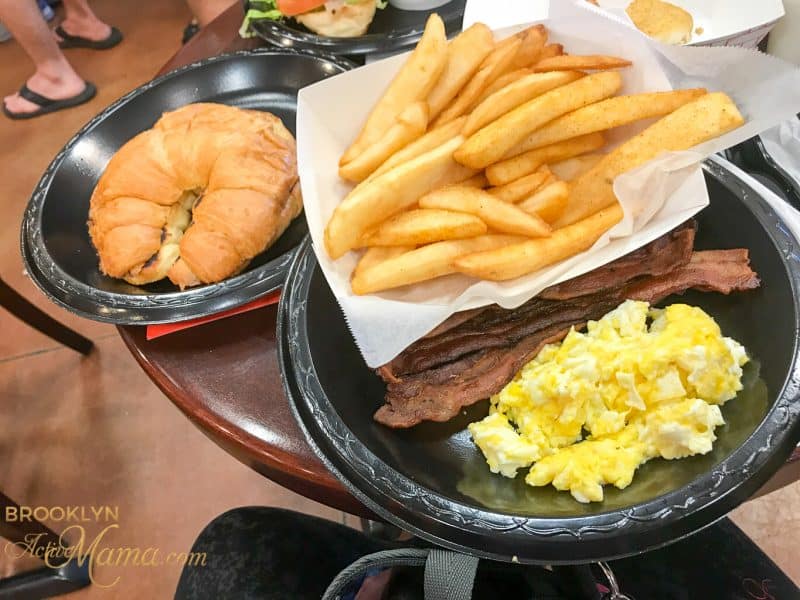 Stay tuned for my final part of the Vegas Birthday where I ziplined for the first time ever! Omg.

A review of the famous Vegas restaurants #HashHouseAGoGo #GritzCafe and a Vegas Club Crawl! Click to Tweet

Could you ever handle a pancake that big? Have you ever been in a social situation where you were clearly the OLDEST?!

Omg, to the amount of food and food would totally have won on my end, too. But not without me giving a good fight first! That said am so enjoying your Vegas birthday recap and can’t wait for the next installation now 🙂

I am normally the youngest in every situation. I have never been the oldest lol. That pancake is huge!

Breakfast is my life. I’m more of a savory breakfast person so I’ve been served pancakes that big, but probably took most of it home!
Can I just say that your purple dress is my dream dress?

Hello Nellie, belated happy birthday! I loved the way you have described your day and I love how you celebrated the entire time. Thanks for sharing your beautiful birthday trip moments.