Home fitness gear Must Have Running Gear For Curvy Girls

Must Have Running Gear For Curvy Girls

I have learned a lot since I have started running about what works and what doesn’t. At first I thought I would pass out on the course without my own hydration in hand but later on I realized that I would be fine.

I also realized that my running experience being a thick girl is completely different from someone who is uh, not so thick. I had to learn and adjust pretty quickly and there are three things that I am sure every curvy girl needs when running. 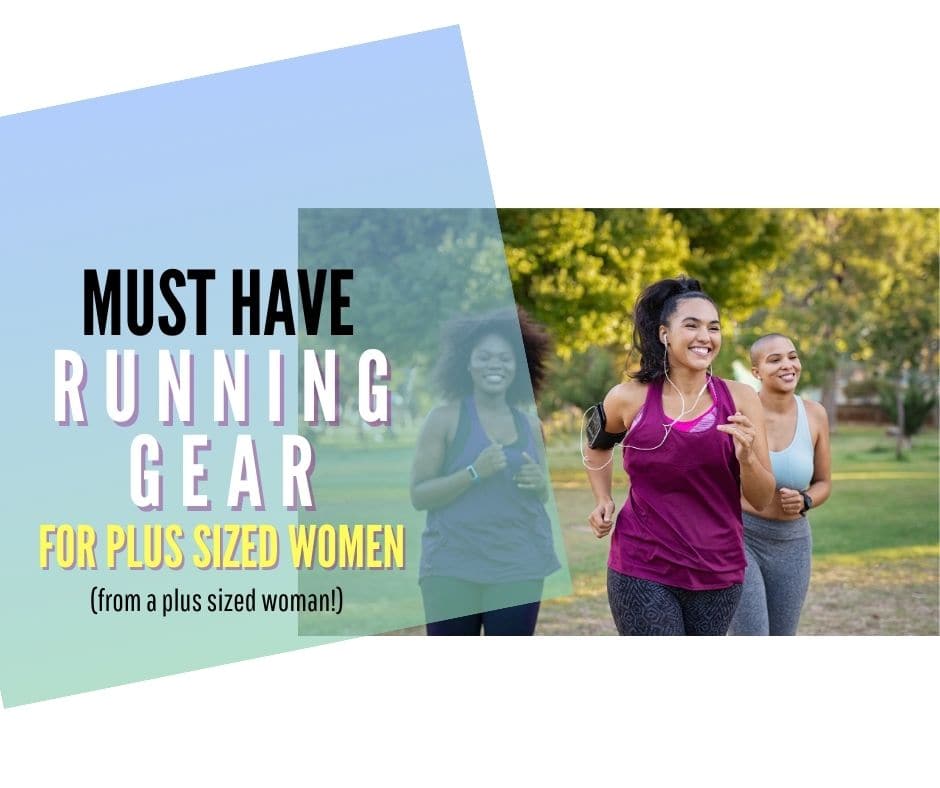 Must Have Running Gear For Curvy Girls

FlipBelt – When I first started running I was stuffing my phone, keys, fuel and MORE all in my sports bra and in my pants. I did so because there is so much um, real estate, but after a while it becomes really uncomfortable.

Instead I purchased a FlipBelt which held all of the above items and more. Unlike a lot of running belts, the FlipBelt stays right on your waist (as long as you get the right size!)

Squat Proof Pants – This one is a biggie! I have tons of workout clothes–so much it really is the largest collection of clothes that I have. I have pants, capris and shorts from all kids of designers and I know which ones past the squat test and which ones don’t.

There is nothing more uncomfortable than going out for a run and giving the neighborhood a show because your pants won’t stay secure on your waist. If you buy new pants and you try them on, be sure to do the squat test.

Squat 4-5 times and if the top of the pants comes down AT ALL then you can’t use those pants to run in. Some days its hard enough getting out for a run who wants to constantly adjust as well?

A really good sports bra – Those of us with more on top have to work a little harder to keep the jiggle to a minimum. Personally I have been through a million sports bras, some with barely any support, some with too much support (uniboob anyone?) but it is super important to find a bra that works for you.

Check out these 28 Bras You Can Get On Amazon That’ll Actually Fit Anyone With Big Boobs.

My favorite sports bra is actually made by Mizuno and I randomly picked it up because it was on sale at my favorite running shop.

Did I leave anything off the list of must have running gear for curvy girls? What is the ONE thing you need to have on your run?

10 Must Have Items For Your Gym Bag

4 Sneaky Ways To Get In Body Weight...

The New Balance #FreshFoam Arishi Is Your New...

I absolutely love my Flipbelt and it’s the only thing I’ve ever found that stays in place on a run. Sports bras are definitely key, even for someone like me:-) Obviously having the correct running shoes for your gait are of supreme importance and I usually don’t leave without my GPS watch and, in the summer – sunscreen and glide!!

As much as I am not a runner, this is a great list and sure helpful for those who are looking to see what gear they may need 😉

I would love to get a Flipbelt! That’s one thing on my list that I don’t have. I am a thicker runner too and boy, I know all about a good bra and shorts that don’t leave stuff for the imagination.

Also make sure when you squat the pants are not see through! I can’t live without my heart rate monitor!

Since I have big tatas I need a good sports bra and it’s hard to find in my size. I have been using the cheap ones that don’t fit quite right and boobs hit me in the left eye. I can’t work out like that. I need someone to come up with a low cost bra for workouts for big girls.

I’m not a runner and not very curvy (although my hips are) but I want a Flipbelt too! That sounds awesome. And just cozy pants seem key. Mine are always falling down or riding up.

LOVE the squat test…gonna have to do that next time I go buy workout pants. I have one of those iPhone armbands, and while the Husband loves his, I hate it. H.A.T.E. Might have to put a fipbelt on my wishlist after my belly shrinks back down this fall. Thanks for the tips!

i really really need a flipbelt. I don’t have as much..um..real estate as some! Lol

Could you recommend some running shorts or pants that you’ve found to hold up to the test?

Yes, the ones that work best for me are the Xersion brand from Jcpenney, the Old Navy Compression pants, the capris from ElevenbyVenus and pretty much any capri/legging with a shoestring type of tie in the front.