This post is in partnership with United Artists Releasing. 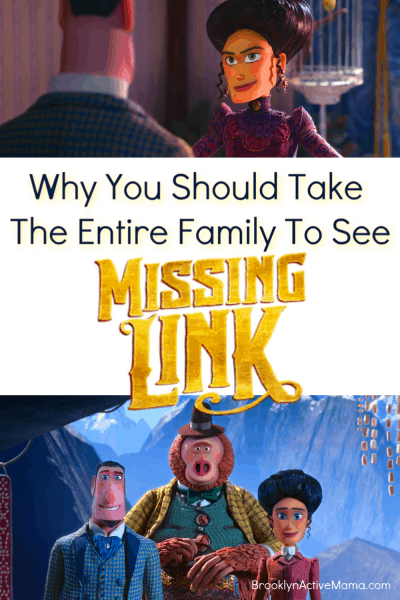 Last weekend I was invited to beautiful Los Angeles to screen the brand new film from Laika Studios “Missing Link” which is in theaters April 12th! I not only got to see the movie but I was invited to the press junket which featured Zoe Saldana, Zack Galifinakis and Director Chris Butler. I absolutely loved the film for many different reasons, but today I’m sharing my top five reasons why you should take the entire family to see Missing Link!

This April, meet Mr. Link: 8 feet tall, 630 lbs, and covered in fur, but don’t let his appearance fool you… he is funny, sweet, and adorably literal, making him the world’s most lovable legend at the heart of Missing Link, the globe-trotting family comedy adventure from LAIKA. Tired of living a solitary life in the Pacific Northwest, Mr. Link recruits fearless explorer Sir Lionel Frost to guide him on a journey to find his long-lost relatives in the fabled valley of Shangri-La. Along with adventurer Adelina Fortnight, our fearless trio of explorers encounter more than their fair share of peril as they travel to the far reaches of the world to help their new friend. Through it all, the three learn that sometimes you can find a family in the places you least expect.

1) Stop Motion Animation: When you see a film like this, you have to really appreciate the time and effort it takes to make a stop motion film. 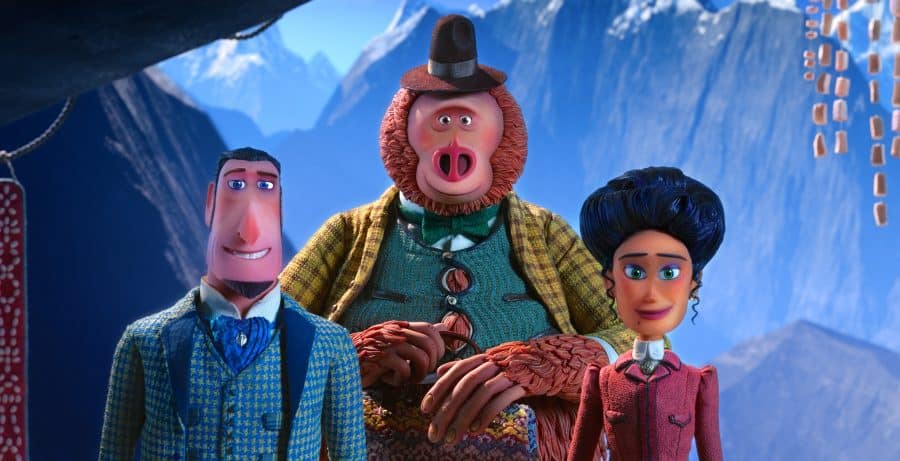 Stop motion is an animated-film making technique in which objects are physically manipulated in small increments between individually photographed frames so that they will appear to exhibit independent motion when the series of frames is played back as a fast sequence. (Wikipedia)

For previous examples of stop motion films, think Kubo and the Two Strings and Coraline. Once you know the hard work that goes into a this kind of animation, it really makes you appreciate it more!

When asked about what it’s like to make a movie that takes so long to produce, Zoe Saldana had the perfect response: “You’re making peace with the fact that you’re gonna have to wait four years. You’re gonna be like four years older, to see something is a little bit of a canker sore for me. But I love stop-motion, there’s just something that is just aesthetically pleasing. And when you hear that it’s time consuming, that means that only people that are a part of this world make the choice to be here. So that means that there’s a level of commitment and passion and devotion and artistry that is invested in this form of art that Laika just refuses to let die. So, that is what attracted me in the first place to want to do it.

I think I’m used to being a part of projects that take forever to make. And it’s always like leaps of faith. But Chris Butler was very convincing and he was wonderful. And when he showed me all the reference pictures and I was able to see Adelina, I fell in love with the whole story of it. And then he said that Zach and Hugh were already signed on, I said, ‘Okay, absolutely, yes, I’m gonna do it.'”

2) Culture and geography: During the film, the characters travel a long journey to find the Missing Link. They travel all over the globe, but my favorite part about the way they depicted the travels was the fact that they used actual maps on screen. The geography lesson was subtle but fantastic! I also appreciate the touches on different kinds of culture and languages.

3) Strong lead woman: Adelina (Zoe Saldana’s character) was my absolute favorite. She was not your typical female lead, she is super strong willed, kind, in your face, resilient and so much more. She speaks up for herself and for what is right. 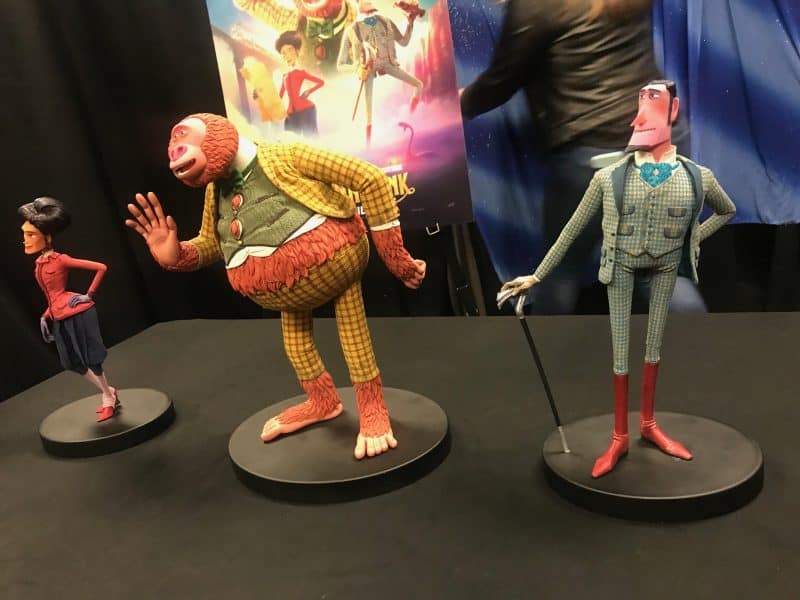 4) Not your ordinary animated film:This includes how do you go about finding your tribe, how to be yourself when no one else is like you, and how to respectfully address someone in the way they request even if it may be foreign to you. 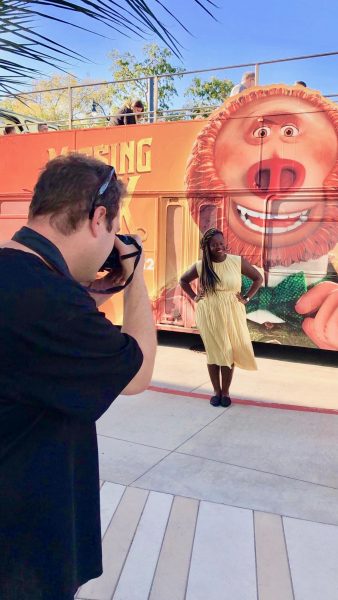 5) The movie teaches you about finding your own path: In this age of social media and seeing everything that everyone else is doing—it can be so hard to carve your own path. Missing Link does a great job of shining a light on accepting your own uniqueness despite the opinion of others.

My friend and Blogger Adanna from Rattles and Heels was also invited to Los Angeles and we had a super fun time in a really quick turnaround trip. We chatted about our Uber adventures, our hotel and of course more about the Missing Link Movie.

10 of the Best Christmas Movies for Kids...

Behind The Scenes: The Story Behind The Making...

How Missing Link Shines A Light On Finding...

I can’t wait to see it. I don’t think I even heard about the movie until I saw y’all down there.