As you guys know, I went to Zumba, had a bit of anepiphany, then somehow managed to carry on with my day.

After Zumba we all went to the twitter session/discussion hosted by Amy @ Resourceful Mommy Media. She has over 40k twitter followers so she knows what she is talking about!

It was great because everyone shared their own twitter do’s and twitter don’ts including hash tag use (and abuse) fitness related chats like #fitblog on Tuesday nights at nine. Also how to find new followers and people to follow simply by creating a new tab in your hootsuite or tweetdeck to find folks that have the same interests as you do. The best thing I got out of this session were the apps like crowdbooster that give you serious analytics of your tweets, who is retweeting you, what tweets are popular, and when you should be tweeting.

After that we had lunch, took an awesome group picture, (although only half of my head is there, I’m in there!!) and got even more cool workout gear from puravit!!

After that I decided to go to the seo sessionbecause I am so clueless to what google wants these days and was pleased to say that I learned a ton. Will I have the time to jump through all the hoops? That is questionable, but there are little things I learned that can go a long way. For example: name your images: if you have something specific in the image (like a cupcake, or fitness equipment) you should name the photo exactly what it is not “img28665558.jpg” it wasn’t until I went into my analytics I realized that I was getting a lot of hits from google images! 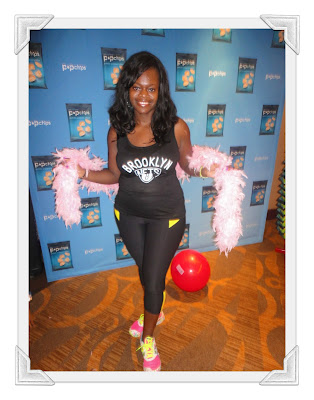 The next session I went to was about blog design. I’ll be honest, the session was awesome, but it only confirmed my wants to redesign my blog completely like from the ground up! I took great notes and advice on how to choose a graphic design artist and decide what I want. I have a clear picture in my head about the details but it’s an investment I need to be ready to make!

After that I went to a session called growing social media, and somehow during the session we all started talking about how hard it is to share your blog and journey on your personal Facebook page.

I thought I was the only one terrified to reveal my blog to friends and family but it turns out I was in the majority. Which made me wonder to myself …why? This blog is as a part of me as anything else I do, so why do I work so hard to keep it under wraps??

After the session was over I went back to the hotel to decompress and have dinner. I took a shower got dressed as headed back to the Hyatt for the Unilever reception and start mentally preparing for my first 5k in 5 years. 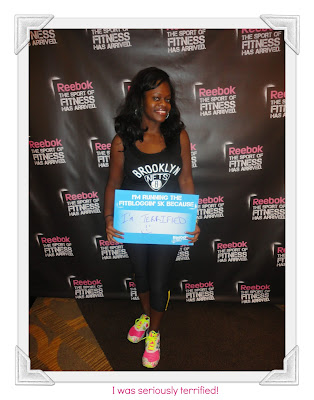 I was starting to get tired from the moment I got there, I did some small talk with some folks and realized I just needed to sit. I sat outside the room and got to know the lovely Carmen from mom to the screaming masses, we talked cupcakes and fitness and as it got late I knew I needed to go back, pack and prepare for my early morning race. 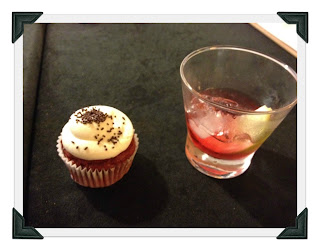 Stay tuned for The final part of the recap, the fitbloggin 5k!
0 shares
0
FacebookTwitterPinterestEmail
previous post

Why The Mayor HAD to Cancel the ING NYC Marathon

How To Make A Meat Flower Charcuterie Board

I always wonder why it is so hard to share my blog with the people in my "real" life. Like blogging isn't real. I made a mistake one day and accidentally posted a blog post to my personal Facebook page. I was MORTIFIED! I pulled it of course, but not before SEVERAL of my co workers had seen it, and who knows how many more. But they all liked it. And commented. it was…interesting. I know I could build a bigger audience if I let some folks know, but…..I just don't want to for some reason.
My recent post Missed Blogging Conferences, Birthdays and Photos

I don't know what it is, but I'm afraid to share my blog with people I know in real life too! Not saying that they don't read it. Because they do, and let me know, but I feel so exposed when I DO know they are reading my work. It's crazy, but I think we all have that feeling. It's like you're afraid of being judged by people who you know because they are supposed to "know" you.

[…] around 2am, I cabbed it back to my hotel and Day one of Fitbloggin was complete. Stay Tuned for Part 2! […]

[…] Fitbloggin 12, and Fitbloggin 13 I will be recapping the best conference in the world in 3 separate posts! There […]