Free Printable Summer Bucket List For Kids and For Moms! 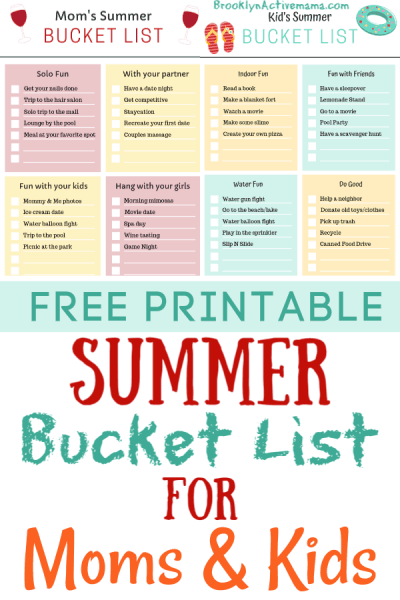 Can you believe summer is upon us already? After spending so many months hibernating with a newborn–I am more than happy to have warm weather around here! Summer can be amazing, but it can disappear so fast! I’ve decided to be super intentional with my summer bucket list, especially since it’s the first one with my baby girl.

Get out once a week: I have been home a lot since having my little princess and to be honest there are SO many days that go by without me leaving the house. I want to be more intentional about taking the baby out in the warmer water because when it gets cold out, we will be inside a ton. I’d love to attend at least a baby and me yoga class, or even a mommy and me class in my neighborhood.

Go to more festivals: Brooklyn is the BEST place for festivals. Every single weekend there are festivals all over the borough and even more in Manhattan. This will call for me to do my research and find some for each weekend but the goal is to get to as many as I can. Shopping from the small business street vendors, enjoying the food and the people watching is all so much fun and a very unique Brooklyn experience.

Host more informal events in my backyard: I am very fortunate to have a back yard attached to the home I own in Brooklyn. Every year I *say* I am going to invite friends over and entertain, but that never happens. I want to not only host people but really take time to build relationships and connect with old friends in my back yard.

Eat more meals outside: Speaking of back yard–When it gets really cold during the dog days of winter there is nothing more that I want than to dine outdoors. There are tons of NYC restaurants with outdoor dining–it’ such a fun way to people watch while taking advantage of the amazing weather.

Visit More Local Parks: Each park in NYC has it’s own unique flavor. I’m pretty sure there are STILL certain parts of Central Park that I haven’t seen, even though I’ve run races there dozens of times! There are a multitude of parks and I am SO determined to visit more than a few this summer season! 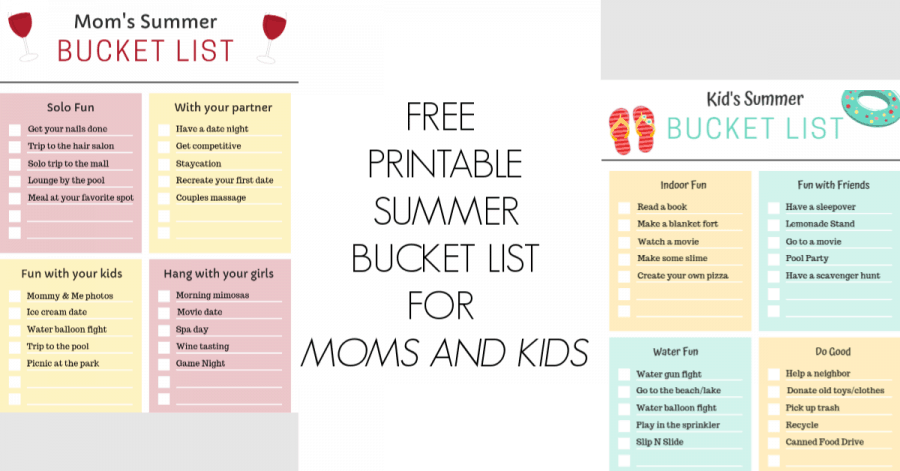 What do you have planned for the summer?

When I went to get my pro skills certification a couple of moths ago, I heard about an event that was being held in Atlantic City at the end of September. I was intrigued because if it got the approval of Jani Roberts then it had to be solid. I looked up the pricing for the event: reasonable. Hotel stay? Even more reasonable. Just like that I planned a short one night getaway for me and my husband! Since the event was only 90 minutes, we’d be together practically the whole time.

Since we are not gamblers and the lure of winning money does nothing for us, we had no plans of going to the casinos.

When we got there however, the bus line gave us $60 in credits to use at a nearby casino. We decided to sit down at the 25c slots and play that $60 until it finished and called it a day. We ended up winning about $100 and the bus tickets were $40 each so we really rode for free plus made an additional $20. Not too shabby! We entered the Borgata around 3pm and the lines to check in were so so long. I’ve never waited so long to get checked in! The hotel grounds were flawless, beyond the casinos being the first thing you see there were also many many restaurants including fine dining right down to fast food. The choices are really endless. After we checked in and got settled we jumped downstairs to fatburger, which was okay. We toured the grounds some more and then I had to get ready for Tanya!

A little backstory on Tanya Beardsley,  she used to be one of the main girls of Zumba, she used to travel the world with her partner Gina Grant until she decided to step down from Zumba. This was not a Zumba event–it was dancing in the light. The event was a lot of fun. Tanya does an amazing job of getting folks out of their heads and loosening up. Since I was by myself at the event, I was a little wary about dancing freely. She loosened us all up pretty quickly and before you knew it all of us were just freestyling and just having a great time.

Since there were no pictures allowed I didn’t have any from the actual event. The ballroom was beautiful, it was a wide open space with plenty of room to shake your tailfeather. When that was over, I met my husband back in the room, got ready and headed off for dinner. We ate a meh dinner at the metropolitan and then I had gelato for the first time ever. It was pretty epic. The next morning we slept in (8am!) And went to the indoor pool which was simply beautiful. After that we went to the breakfast buffet as it was pretty inexpensive ($15pp) I got full pretty quickly, the food was so great! Somehow in an attempt to go home we ended up at the Tanger Outlets and we shopped and shopped. I picked up somethings for me, the kids and he picked up some clothes too.

Finally after a ton of traffiic, we made it home. I can’t wait to go back!!

Have you ever been to the casinos? Do you gamble your own money? When was your last getaway?