Harry Potter Sorting Hat Cupcakes are so cute and perfect for any Harry Potter themed party! Figure out which one of the houses you belong to with these fun cupcakes! 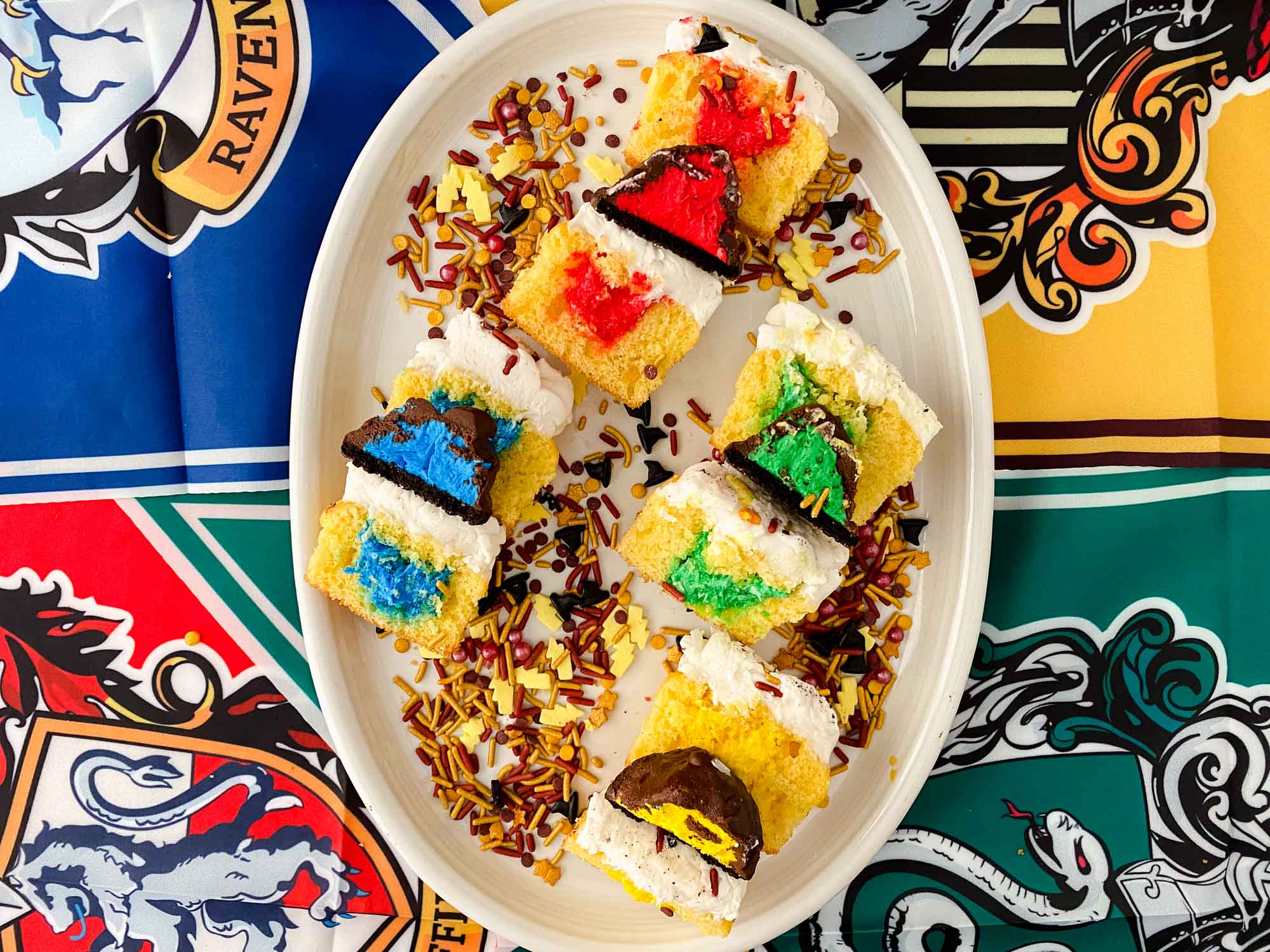 What are sorting hats in the Harry Potter series?

The sorting hat is a magical artifact that is used to place students into one of the four Hogwarts houses: Gryffindor, Hufflepuff, Ravenclaw, and Slytherin. The hat is sentient and can communicate with those around it. It is also able to levitate and move on its own. 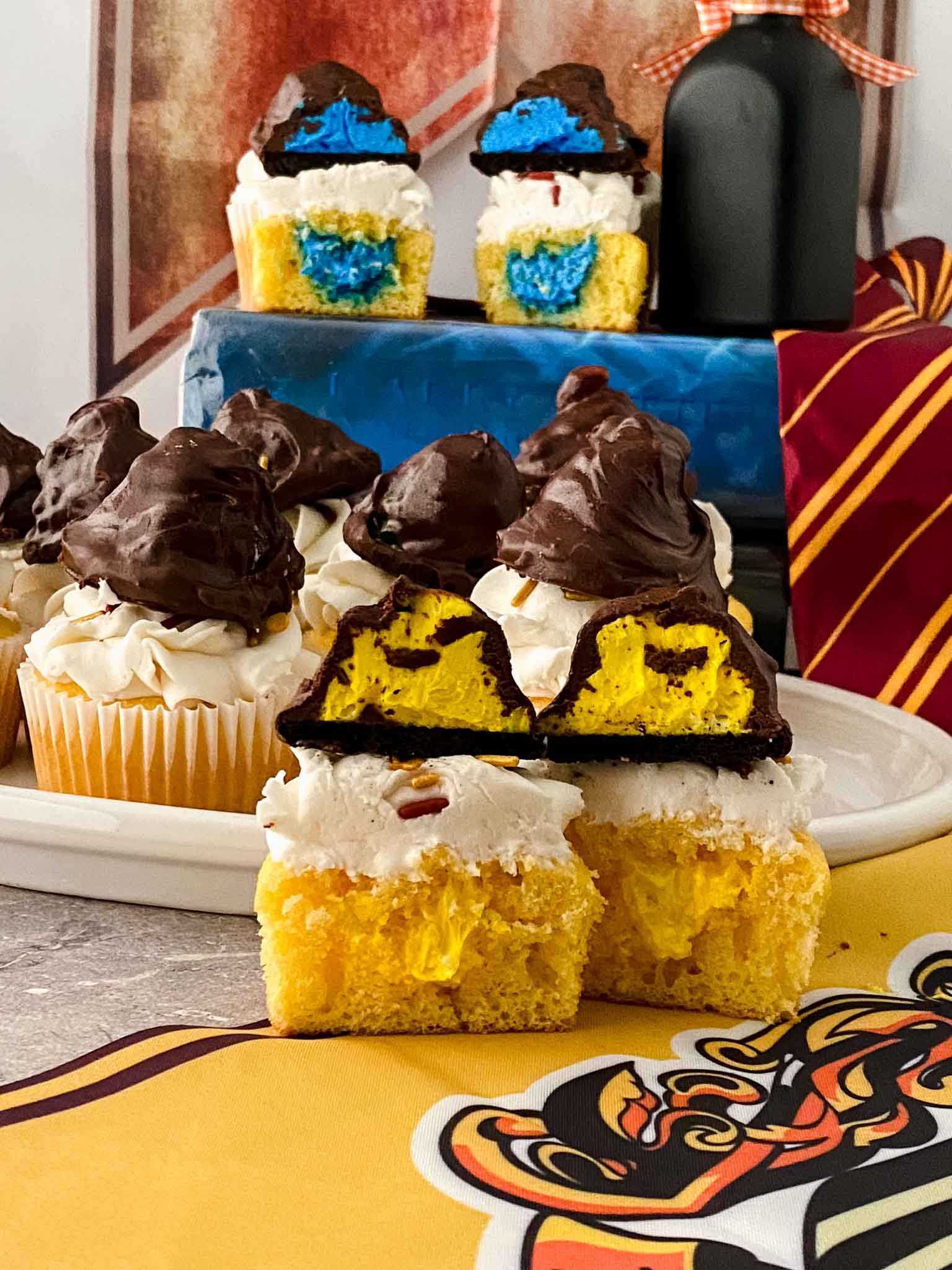 The sorting hat is one of the most important objects at Hogwarts. It is used to determine which house each student belongs in. The hat sorts students based on their personality and traits.

The sorting hat is a key plot point in the Harry Potter series. It plays a role in the rivalry between Gryffindor and Slytherin, as well as the relationships between the different houses. 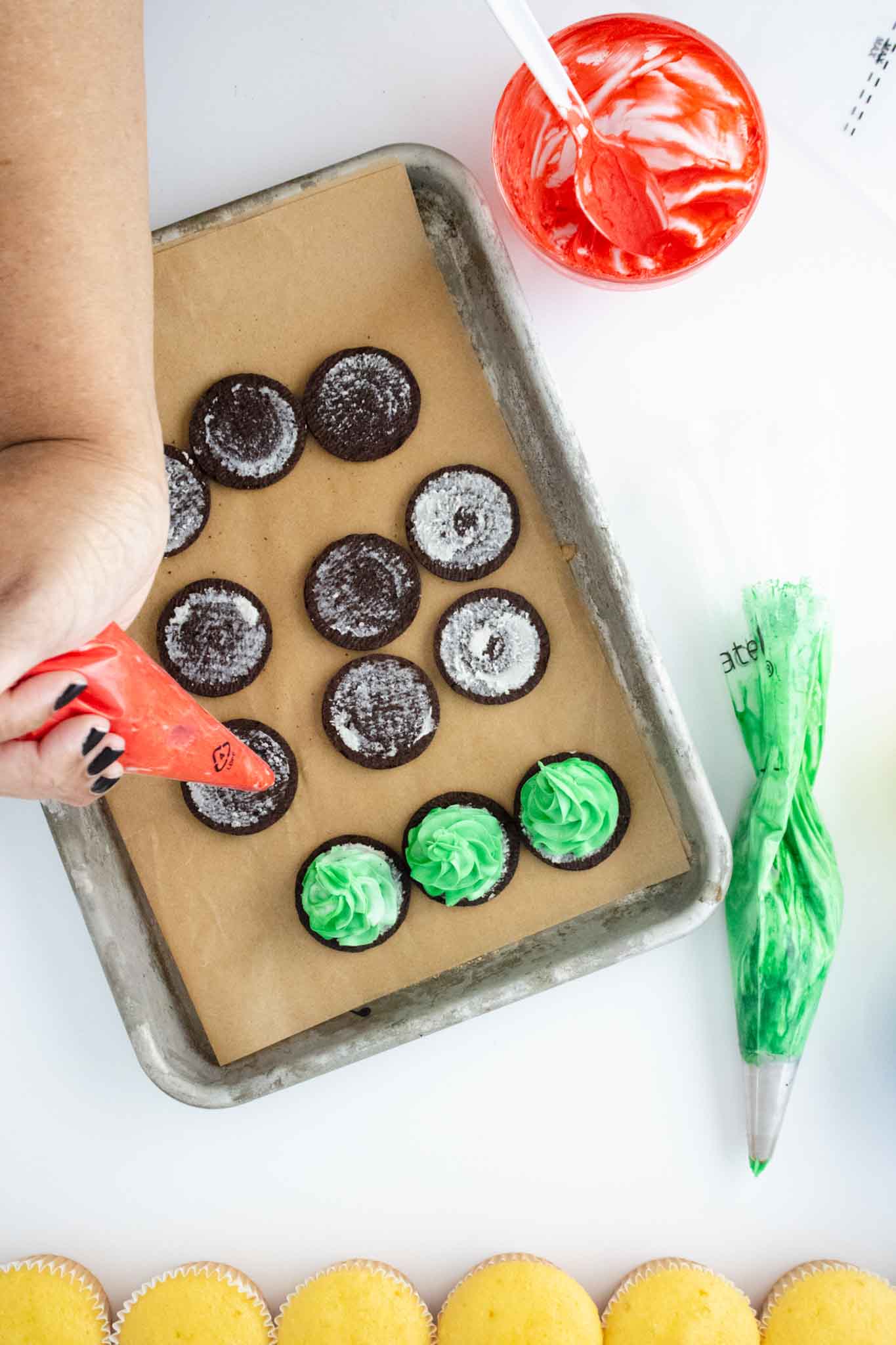 These Harry Potter Sorting Hat Cupcakes is a fun way to figure out which Hogwarts house you belong in! Just take a bite of each cupcake and see which one speaks to you. Are you brave like Harry Potter? Or smart like Hermione Granger? Maybe you’re ambitious like Severus Snape. There’s only one way to find out! 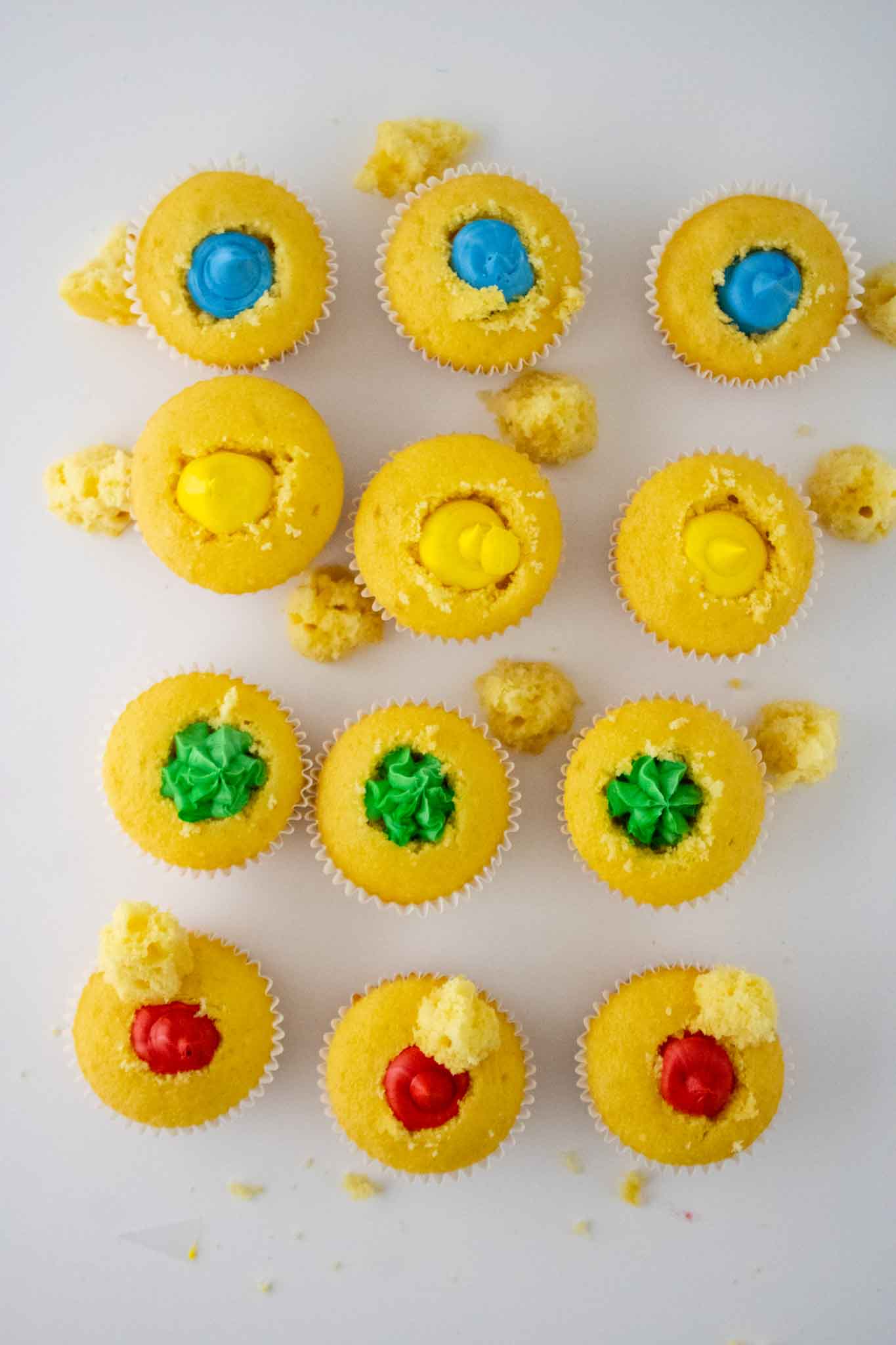 What ingredients do you need for these Harry Potter Sorting Hat Treats? 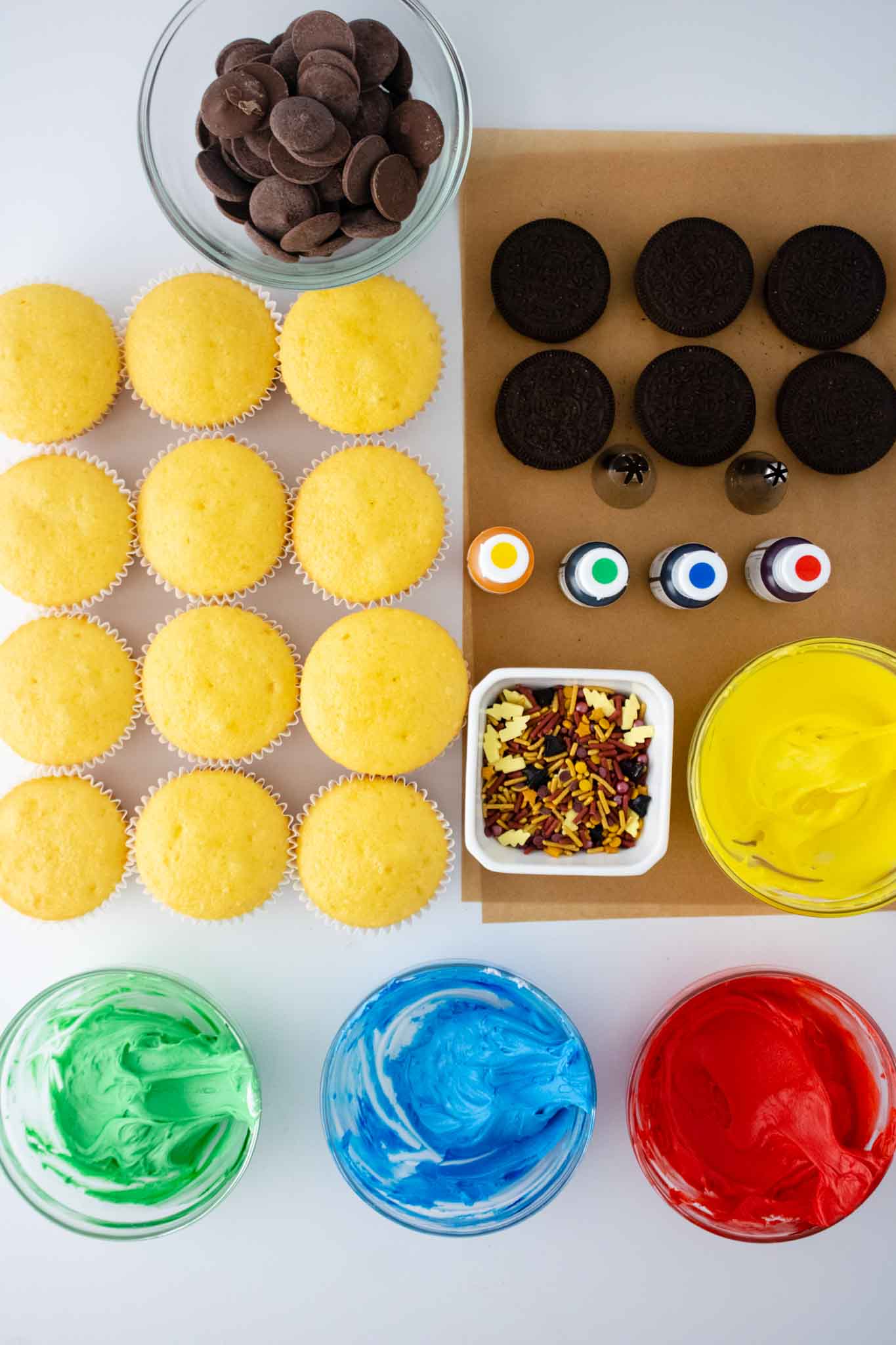 What tools do you need to make these cupcakes?

These Harry Potter cupcakes are the perfect treat for a Harry potter party. The sorting hat cupcake toppers are secretly hiding the colors of the hogwarts houses. 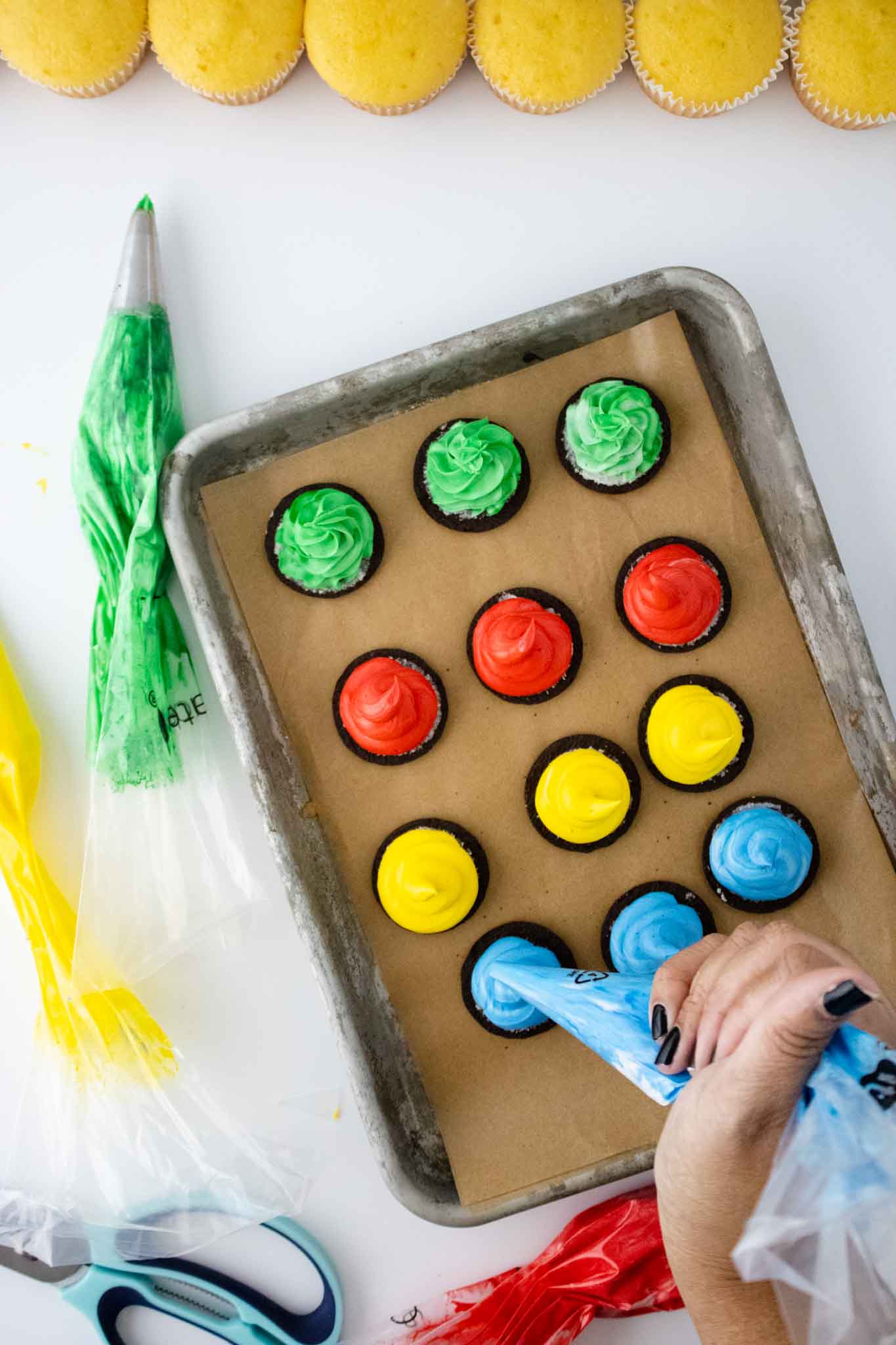 It’s a great themed cupcake for a Harry Potter movie marathon! The brim of the sorting hat on the tops of your cupcakes is where the surprise lies in finding your favourite house.

The real magic is in the tops of the cupcakes that are so cleverly hiding the house colors. This will be one of your favorite cupcake recipes especially if you are a Harry Potter fan! These are a great party idea and make sure all of your guests have plenty of courage and have so much fun!

These Harry Potter sorting cupcakes unveils the mystery of what house you belong to!

Begin by making the hats:

Split the chocolate cookies in half and remove cream filling.

Arrange cookies with the frosting side upwards on a tray or plate with parchment.

Dye each bowl of buttercream the color of a corresponding house.

If using piping tips for the hats, fit each bag with a tip 4A or tip 12 and then fill with the colored buttercream. (You can also do this without a tip)

Pipe frosting onto the chocolate cookies creating the witches hat and pop in the freezer for 30 mins.

Core the center of the cupcakes with a pairing knife.

Fill the center of the cupcakes with colored buttercream (3 per color).

Replace the top of the cupcake.

Fit a piping bag with tip 1M and make a swirl around the top of the cupcakes.

Add sprinkles immediately and set aside.

Melt candy melts in increments of 30 seconds, stirring after each until smooth.

If using chocolate chips, add a little coconut oil to help thin it out.

Remove hats from freezer and dip into the chocolate.

If you can still see colors through the chocolate, pop in fridge for 20 mins and then dip in chocolate for a second time.

Label parchment paper with the color of the frosting so you put them onto the correct color cupcakes. 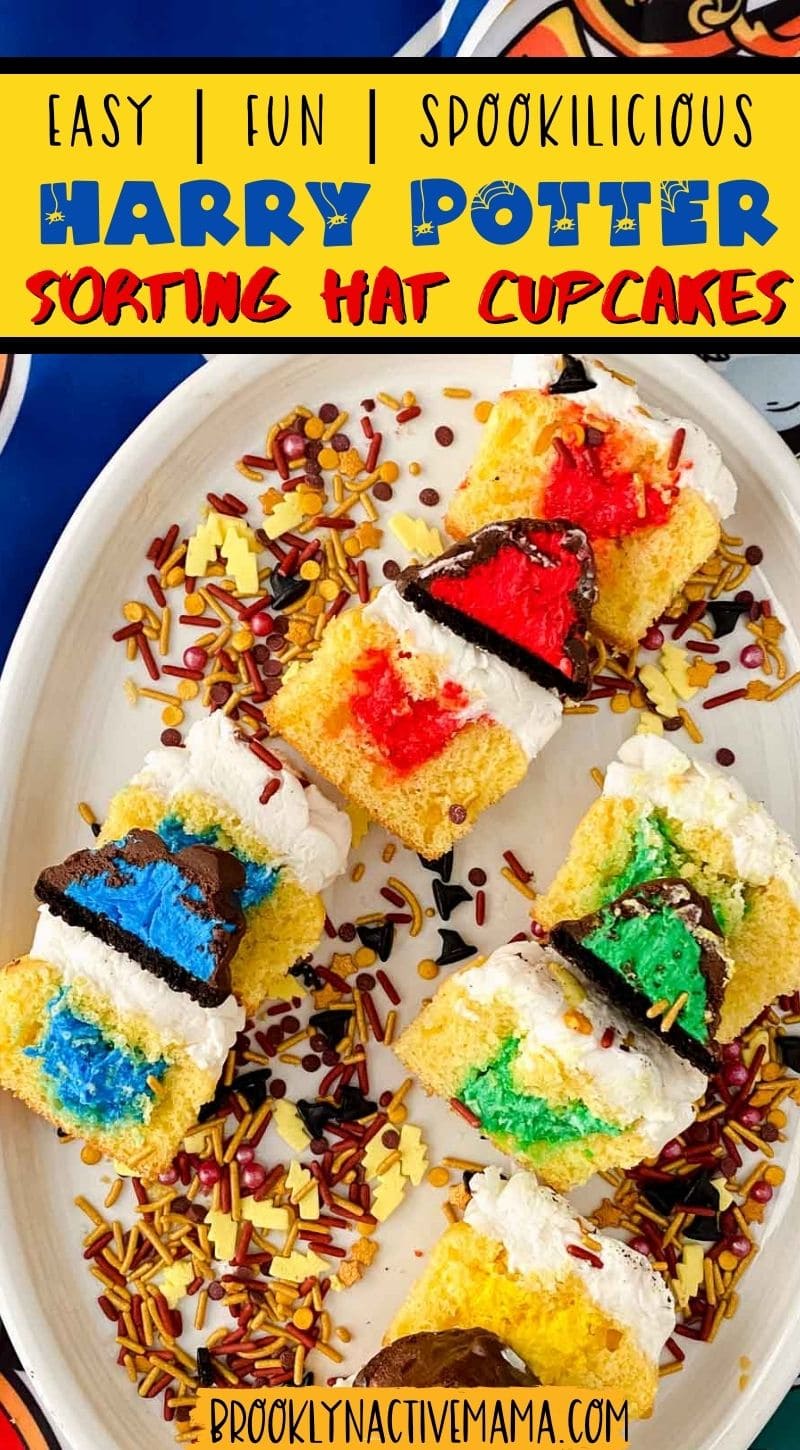