Volunteering in a Juvenile Detention Center 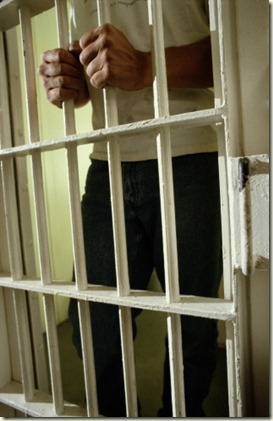 I have been working as a volunteer with New York Cares for the past 7 years, the last 5 being a team leader. A team leader is the liaison between New York Cares and the location, so I am responsible for 18-20 volunteers per small individual project. I love it, it is one of the best things I do in my life!

A couple of weeks ago a rep from new york cares reached out to me to lead a project in a tough part of Brooklyn which happened to be at a juvenile detention center, I discussed it with my hubby and I decided to go.

We would be painting murals and walls in the recreation room at the juvenile detention center. I was familiar with painting projects as I have team led “New York Cares Day” which is a city wide project that makes over schools.

I invited the bestie to come with me, and we arrived at the same time. Approximately 12 other volunteers signed up, but only one other volunteer showed up. Seems like everyone decided to bail and take advantage of the warm weather in NYC! I was upset about it, but kept it moving.

Since I have been on maternity leave, I have stopped carrying around purses and such, just too much baggage so I tend to stuff everything in my pockets. When we arrived to the facility they quickly told us that we wouldn’t be able to bring ANYTHING inside, not even change.

I gave up my phone, my camera (I wanted some before and after pictures!) and every single thing in my pockets.  I felt so naked without my phone! Especially with a newborn home, I want to stay connected all the time. I had to tough it out however, because these were the rules.

The environment inside was just like what you see in the movies or on tv…Slow opening doors, guards everywhere… Except what made this experience different was that it was for KIDS. Teen-aged boys and girls. It was Jail…for children. It was mind blowing on every level.

Of course we know these places exist, who hasn’t heard of a juvenile detention center? However, going inside made it all So real. These kids were inside there for doing something horrible…I didn’t allow my mind to go there.

We were given three residents to help us paint. They were awesome, gentle, handsome young men. I don’t know what they were in there for, but they all seemed so innocent and good natured. They made great conversation with us, and did everything they were asked to do.

Working and painting in a closed space with no ventilation was hard. Hearing some of the noises we heard, seeing the kids walk though the rec area we were working on with their hand behind their backs, seeing the way the security guards yelled and spoke to them was really tough.

We did not get to complete the project because of the low volunteer turnout, but we were happy with what we did. If they organize another project in that center I would do it again. This project took me way out of my comfort zone and introduced me to the harsh reality that is juvenile jail.

I never want my kids to end up there. It’s easy to say that they won’t but all I could think about were the parents of some of these kids who were most likely hard working upstanding folks. Our kids have minds of their own and it is up to us to make sure they go the right way.

Seeing those kids in that cell was unnerving, and I knew I had to do every last thing in my power including prayer and tough love to make sure my boys become positive, functioning and contributing members of society.

Have you stepped out of your comfort zone recently?